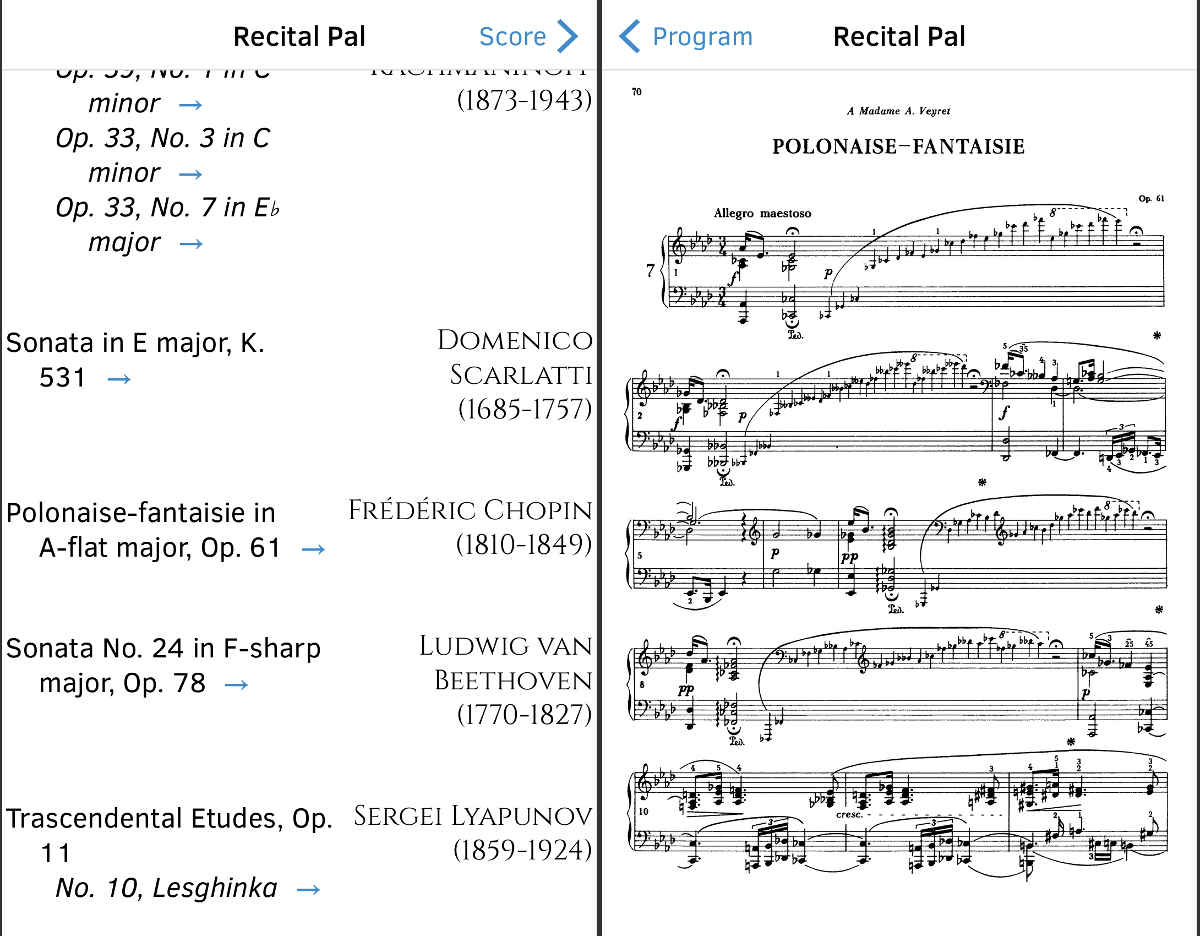 Recital Pal is an experiment to create a smartphone app for audience members to follow along the program and music scores during a music recital. Because smartphone use is generally considered inappropriate during most formal recitals, Recital Pal is primarily geared for informal performance situations, such as studio classes and playing for friends.

Recital Pal grew out of a need of mine when I was running through my recital program on a weekly basis in preparation for competitions. Having an easy way for my colleagues to follow along the program and music scores was invaluable for getting feedback. Thus, I created Recital Pal, which worked quite well.

Recital Pal is a web app that can be deployed on any web server, and can also easily be turned into a installable app with something like Apache Cordova.