Here is the infamous excerpt from Charles-Valentin Alkan's Concerto for Solo Piano, Op. 39, No. 10 (mvt. 3). The triple sharp is circled in blue. 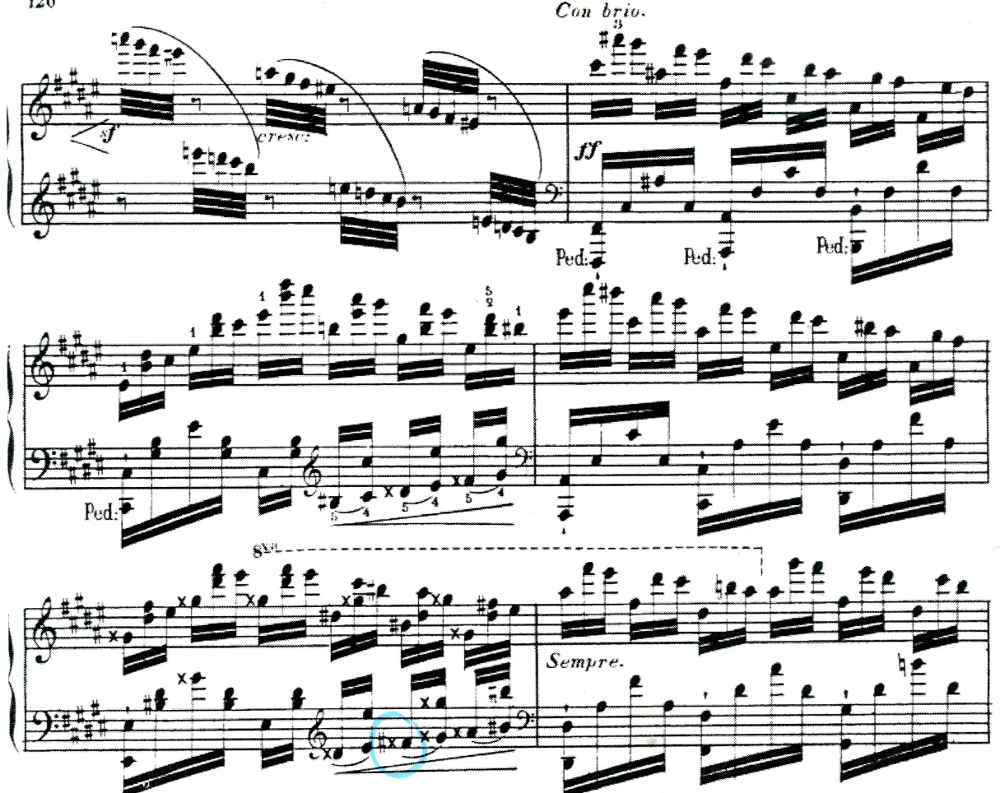 Let's take a look at a simplified version of this passage.

The triple sharp is just a chromatic alteration in A# minor, scale degree #6. This could have been rewritten as a G#, but this would be inconsistent with the scalar pattern and harmonic rules. This is the same reason why we have an E# instead of an F in a C# major scale.

It is interesting to note that the scale degree of #6 is the "farthest" one can get away from the home key.

If you take all the possible chromatic alterations, the possible sharp notes are C#, D#, F#, G#, A#. We'll be omitting scale degrees 3 and 7 since those are where the half steps are, and adding a sharp would not be harmonically useful.

Thus, taking a scale that has the most sharps (A# minor) and using the chromatic alteration that is the farthest away, will get you around the circle just enough to require a triple sharp. Neat, right?

And here is the excerpt of the piece: